Marie Guilleray (1978) is a vocalist, composer and sound artist from France. She works mainly in the context of contemporary, improvised, experimental and electro-acoustic music. As a performer, she focuses on new music, free improvisation, the development of vocal extended techniques and the combination of voice and electronics. As a composer and sound artist, she operates in various configurations such as fixed media pieces, live electronics pieces, site specific works as well as field recordings, soundwalks and dance performances.

She is a member of several ensembles such as the Royal Improvisers Orchestra, MGBG, Boerenbond, Sonology Electro-acoustic Ensemble, Either/Or Quartet, and she collaborates on various experimental, improvised and electronic music projects. Marie is currently a Research Associates at the Institute of Sonology in The Hague and she is the curator of the new music series Ephémère at Studio Loos in The Hague.

Marie graduated with a Bachelor degree in Law and Political Science from La Sorbonne (Paris I) in June 2003. After her law studies, she studied music and singing at the Conservatoire Nadia and Lili Boulanger (Paris 9ème) and move to The Netherlands in 2006 to pursue her vocal studies at the Royal Conservatory of The Hague with Manon Heijne. Marie graduated with a Bachelor degree in Singing from the Royal Conservatory of The Hague in June 2010. In parallel to her vocal studies, she had the opportunity to study composition, electronic music, and to develop as an improviser and a performer of contemporary music. In June 2012, she completed her Master degree at the Institute of Sonology in The Hague where she researched about the combination of voice and electronics under the supervision of Richard Barrett, Kees Tazelaar and Paul Berg. 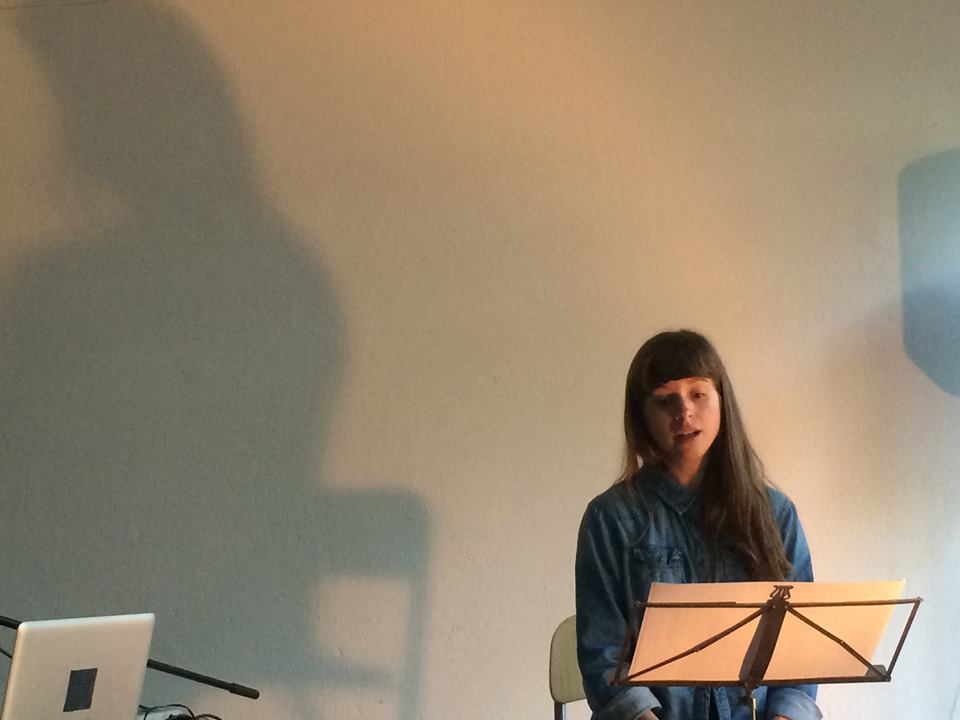 I am passionated about the human voice and its possibilities. After studying singing at the Conservatory in Paris and a Bachelor degree in Singing from the Royal Conservatory of The Hague, I deepened my experience as a vocalist/improviser and performer of contempory music. Currently I sing mostly in the context of improvised, contemporary and electro-acoustic music as a soloist and with various ensembles. I developed a solo program of contemporary music for voice where I sing pieces by Georges Aperghis, Luciano Berio, Cathy Berberian, Morton Feldman, John Cage. This solo program is called "Elocution" and it was premiered in March 2010 in Holland. It evolves regularly and I continue to perform it. Since 2009 I have also been collaborating as a vocalist with different composers and among others with Kees Tazelaar, Bjarni Gunnarsson, Robert Blatt, Yiannis Kyriakydes and Sophocles Arvanitis. 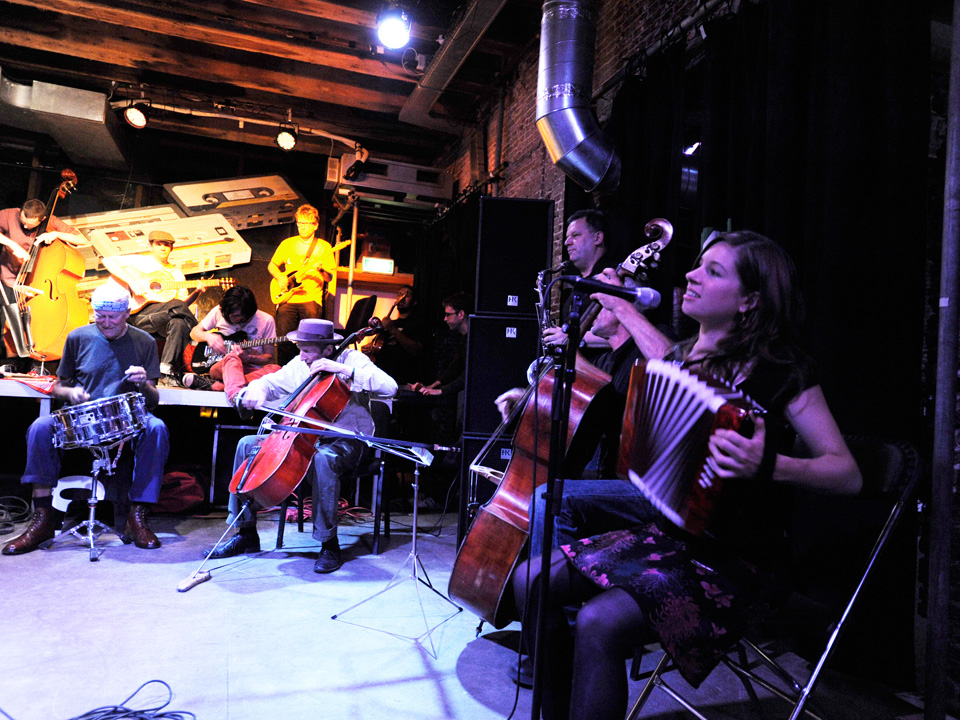 My research is based on the creation of new sounds, by exploring the possibilities of the voice with uncommun instrumentations, combining acoustic and electronic sound domains. I perform regulary improvised music by forming groups of varying size, instrumentation and line-up. This flexible format ranges from solo performances, to duets, quartets, and bigger ensembles. I improvise either with my acoustic voice or with my "electronically extended voice" which is a unique instrument created for the special context of free improvisation. With this performance interface I can explore the possibilities of the organic human voice and its electronic counterpart. My electronically extended instrument consists at the moment of a glove with sensors linked to a Max patch. This approach allows me to transform my voice in real time and in an organic way, quite close to an acoustic setup. 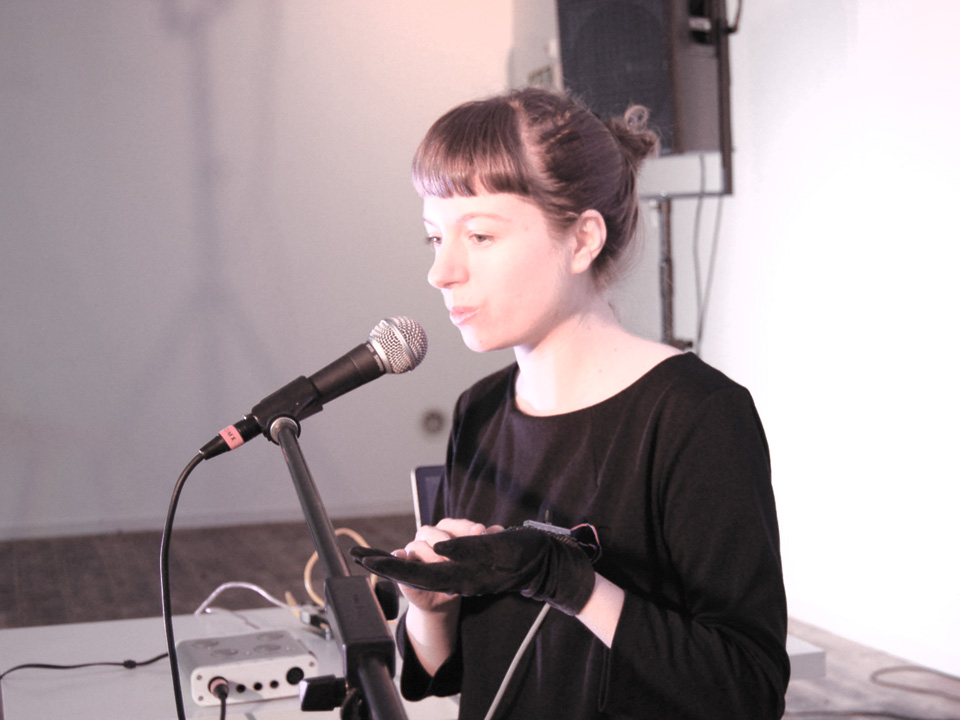 I compose electro-acoustic music for fixed media, live electronics, site-specific works, installations and dance performances. I am particularly interested in composing pieces which combine voice and electronics. During the last years I have been composing fixed media pieces which explore different relations between the voice and the electronics, would it be electronically generated sounds, recorded sounds or manipulated sounds. Currently I am working on developing my "electronic extended voice" instrument for a new piece for voice and live electronics that I could also perform. Originally created for the particular context of free improvisation, I realized that this instrument is also very interesting for composing live electronic pieces therefore I want now to further my research in this direction in order to explore this new angle of the combination of voice and electronics.